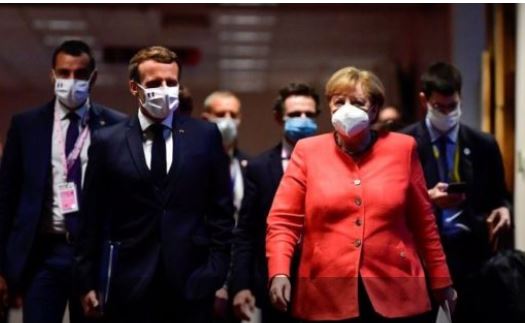 Germany’s federal government and mainstream media are engaged in damage control after a report that challenges the established Corona narrative leaked from the interior ministry. Some of the report key passages are:
The dangerousness of Covid-19 was overestimated: probably at no point did the danger posed by the new virus go beyond the normal level.
The people who die from Corona are essentially those who would statistically die this year, because they have reached the end of their lives and their weakened bodies can no longer cope with any random everyday stress (including the approximately 150 viruses currently in circulation).
-Worldwide, within a quarter of a year, there has been no more than 250,000 deaths from Covid-19, compared to 1.5 million deaths [25,100 in Germany] during the influenza wave 2017/18.
-The danger is obviously no greater than that of many other viruses. There is no evidence that this was more than a false alarm.
-A reproach could go along these lines: During the Corona crisis the State has proved itself as one of the biggest producers of Fake News.

So far, so bad. But it gets worse:

The report focuses on the “manifold and heavy consequences of the Corona measures” and warns that these are “grave”.
More people are dying because of state-imposed Corona-measures than they are being killed by the virus. The reason is a scandal in the making: A Corona-focused German healthcare system is postponing life-saving surgery and delaying or reducing treatment for non-Corona patients. Berlin in Denial Mode.

But the scientists fight back.

Initially, the government tried to dismiss the report as “the work of one employee”, and its contents as “his own opinion” – while the journalists closed ranks, no questions asked, with the politicians. But the 93-pages report titled “Analysis of the Crisis Management” has been drafted by a scientific panel appointed by the interior ministry and composed by external medical experts from several German universities. The report was the initiative of a department of the interior ministry called Unit KM4 and in charge with the “Protection of critical infrastructures”. This is also where the German official turned whistleblower, Stephen Kohn, work(ed), and from where he leaked it to the media.